While a typical open day skirmish can be a flat and uninspiring exchange of plastic BBs between players, there is way more to airsoft than meets the eye.

Many people who come to airsoft games for the first time ask themselves afterwards a very important question: “is this it?” They weren’t fully satisfied with their first game day, or maybe weren’t impressed with how it was run. However, there’s a variety of airsoft events for those who decide to stick around a little longer and look beneath the typical skirmish.

To aid with picking the right event type for your skills/experience, we’ve graded event types using the following scale:

First time around here? I hope you won’t cry when you get hit. To get the most out of your day you’ll likely be stuck behind a tree wondering if it’s safe to move. You don’t have your own gear and you probably don’t even know how to load a magazine into your rental gun.

You’re still new to airsoft but you decided to stick around. You probably have your own face protection and maybe even some tactical gear by now, but you still rely primarily on rental weapons, as you’re learning about the differences between an AEG and a GBBR.

You’ve been to several games by now and are likely using your own gear and guns. You already know this is a hobby for you and you work hard to make sure you don’t accidentally discharge a firearm at your own team mates while showing them where your safety is.

You’ve seen some action and probably already played for a few years regularly around several different sites. You have enough gear to equip your entire family, and you know how to take and call a hit. Or do you?

When you attend an off-chance skirmish, you shake your head in disbelief at the noobs with rentals, muttering something about “fresh meat”, while wearing a camouflage face paint and smiling through a chipped front tooth like its a trophy. You’ve been there, done that, and chances are over the years you’ve become a grumpy old git with too many weapons.

The following list represents typical events you’ll find when browsing PlayAirsoft or other airsoft-related websites. Notice that event execution varies from site to site and can differ from descriptions here.

If you’re going to a game on a Saturday or Sunday morning not knowing ahead of time what’s in store, it’s very likely you’re going to experience an airsoft skirmish. While scenarios and game details vary from site to site, the formula is similar.

Airsoft skirmish is a bunch of several smaller games, typically 30 to 60 minutes long, with quick breaks for resupply, played over a course of a half- or full day session. It’s catered towards everyone, whether new or seasoned, and its rules are also simple enough for players to understand: capture point A, find and destroy X, hold Y, etc. 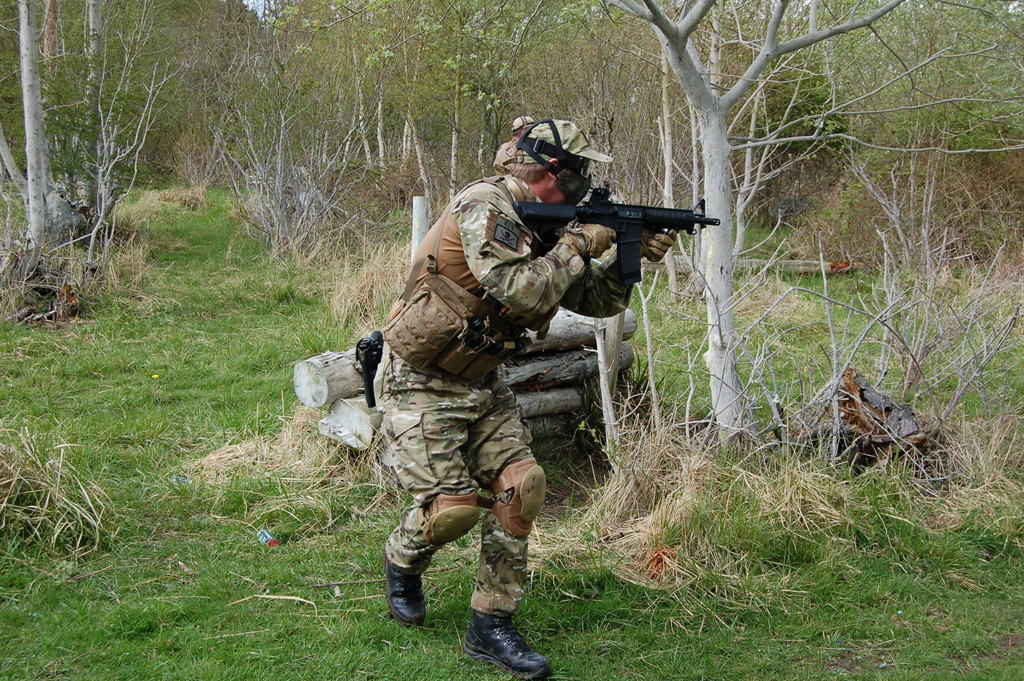 If you are an aggressive player and you like fast, competitive gameplay, then speedsoft may be for you. It incorporates the simplicity of a skirmish, often packaged in a much smaller, typically (but not necessarily constrained to) purpose-built arenas, where mayhem could take place.

Expect tricked out guns, high rate of fire, lots of ammo coming your way, and a blazing-fast gameplay. 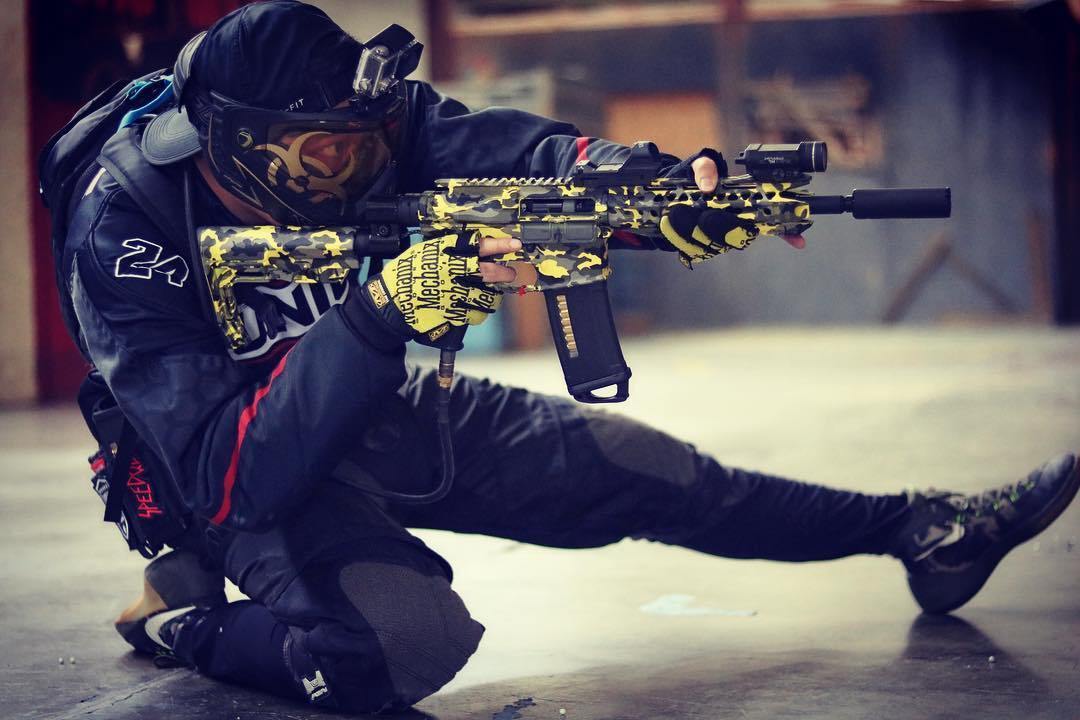 If you fancy yourself taking part in something a little more involving than skirmish, you can check out battle-sim. This term describes a bit of a hybrid between a skirmish and a full-on simulation.

While skirmish days consist of a string of loosely related simple scenarios, battle-sim is a planned, semi-scripted campaign played over a course of the entire day, with no set breaks in between missions or a dedicated lunch time. This means you can’t just show up on any given day with a rental (although there are sites that offer battle-sim ready rental packages) and play the entire day without interruptions.

The general rule is to pack your lunch and snacks, pack a lot of ammo, and make your load-out as practical as it can be. Different sites have different rules for respawn and resupply, but in general you don’t go back to a safe zone to resupply. However there are often designated resupply stations where you can keep your spare gear/ammo at the ready.

Expect having to observe specific restrictions around allowed types of weapons and max magazine capacity. 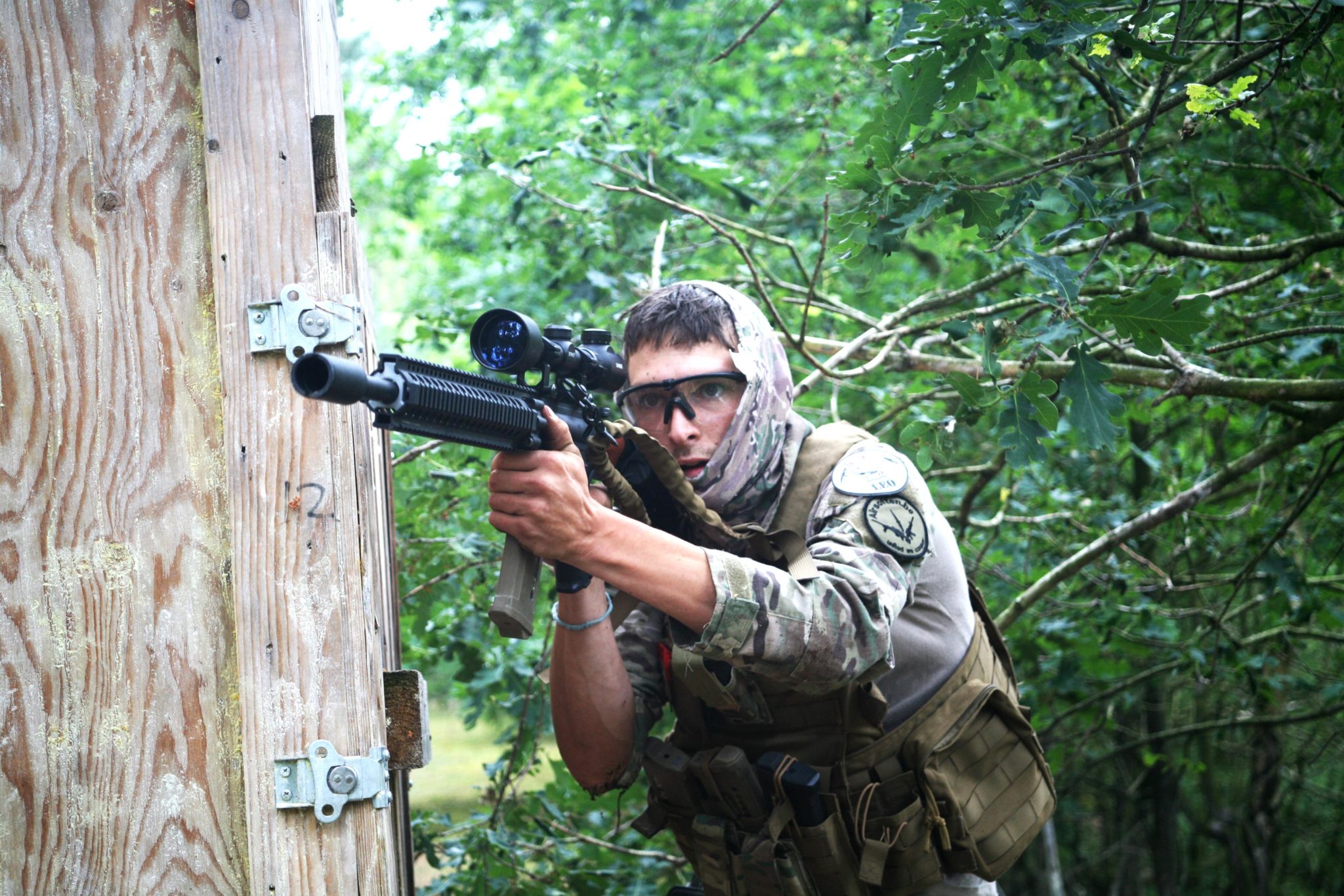 Considered a step above battle-sim when it comes to complexity, film-sim is oriented towards entertainment and role-play. While battle-sim can be a one-day event, film-sim is often spread over the whole weekend and that’s why it’s not suitable for those looking for just a day of fun shooting at the other guys.

What sets film-sim apart from battle-sim is that it follows a set of missions often based on a well-known military event, or is written specifically to play like scripted scenes from a movie, with special pyrotechnical effects and amateur actors pulling the weight of the show. Players are encouraged to role-play as much as they like, while a dedicated crew tries to make sense of the chaos and record some video footage. 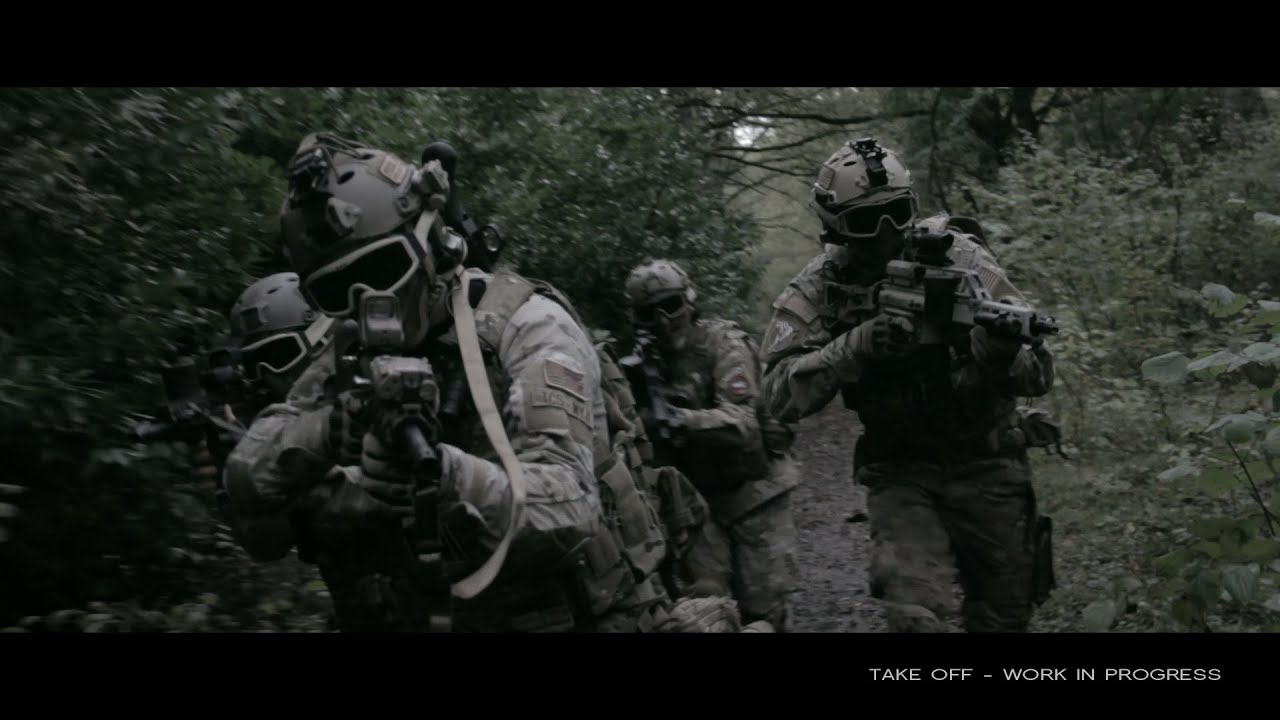 The most hardcore of all airsoft event types, mil-sim can vary in execution, but the principle is one and the same: to deliver the most authentic military operation experience outside of being in actual military.

Depending on your host, this can mean a whole day scenario where you need to accomplish a set of objectives, or it can be a whole weekend-long campaign with camping and elements of survival, incorporating elements of various mission types, from combat patrols to night raids.

This is definitely not for the faint of heart, as it requires a tremendous amount of preparation, usually in a form of minimum required gear and fitness level to be even allowed to participate.

Expect limited supply of ammunition, magazine size restrictions to “real-cap” for AEGs/GBBRs and a lot of “hurry up and wait” mantra, so patience is advised to enjoy a mil-sim.

If all you want to do is to shoot at other players, there are far more cost- and time-effective ways to do it than mil-sim. 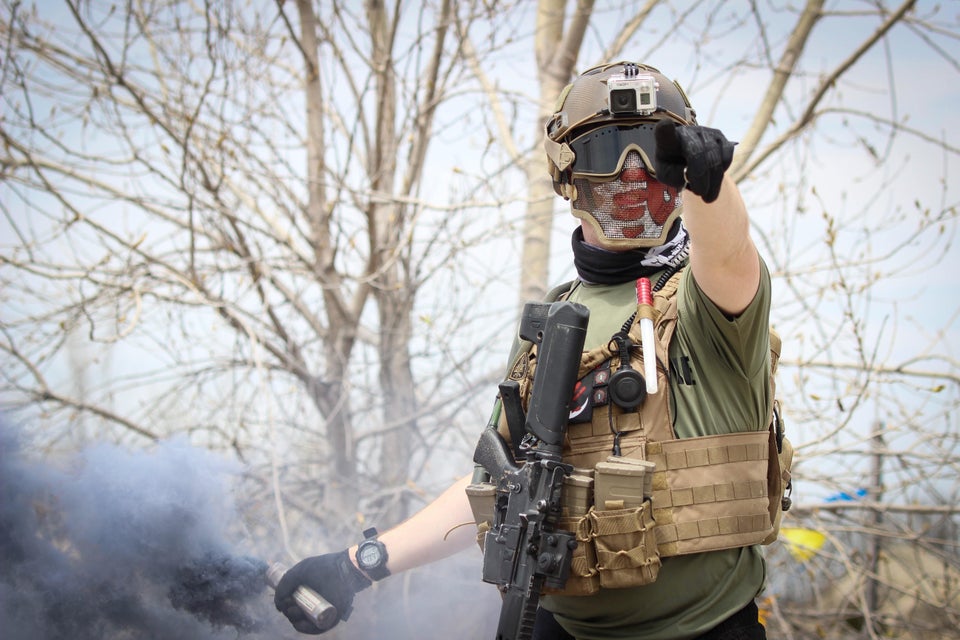 Aside from the above, there are a few special event types that are harder to classify, but nonetheless deserve a place on the list.

If you like casual chaos of skirmish, but would love to take it to the next level, there’s nothing better than a night ops game. Prepare to get lost, find your way, get lost again, then lose some gear for good measure, without any hope of finding it until the next morning (if at all).

Night ops are pure fun and mayhem, and that’s due to not many people being able to brandish a pair of night-vision goggles to aid their tactics, so most are running with gun lights, lasers, and tracer rounds, which are considerably cheaper (and dare I say more fun).

All this makes the game much more visual, and if you manage to score some objectives along the way, it’s likely this was accidental (congrats!).

OP TIME: 30–60 minutes per scenario
MIN EXP: Recruit ✪✪ (you need some basics that won’t come with a rental) 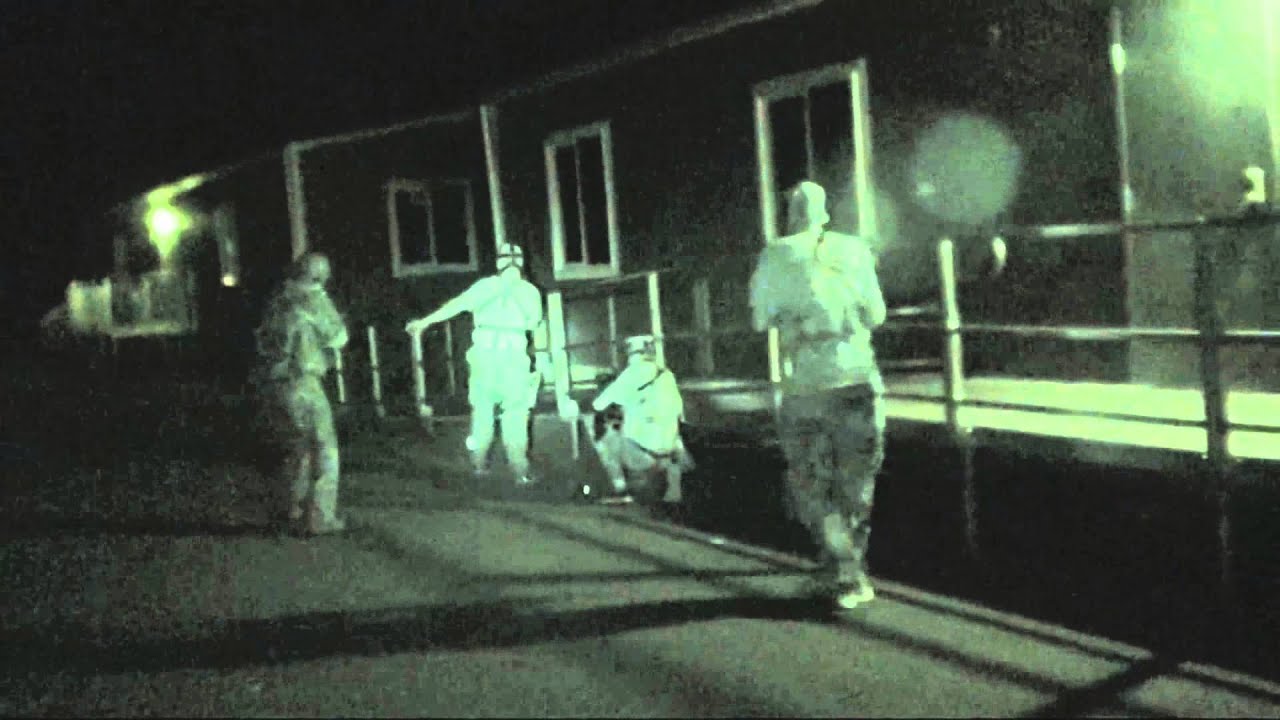 So, you like scary stuff and using your shotgun for crowd control? Here’s an event for you, as long as you’re prepared for jump scares and mag dumping at whatever comes out of dark corners.

Usually, organised to include amateur actors with make-up, acting skills, and props, it’s similar to film-sim in principle, though not as long and definitely not as authentic (it’s zombies, okay?).

There are as many game modes as there are organisers, so there’s no one-size-fits-all formula, however you should expect games to include lots of action, awesome sets and incredible atmosphere (maybe even an occasional heart attack). 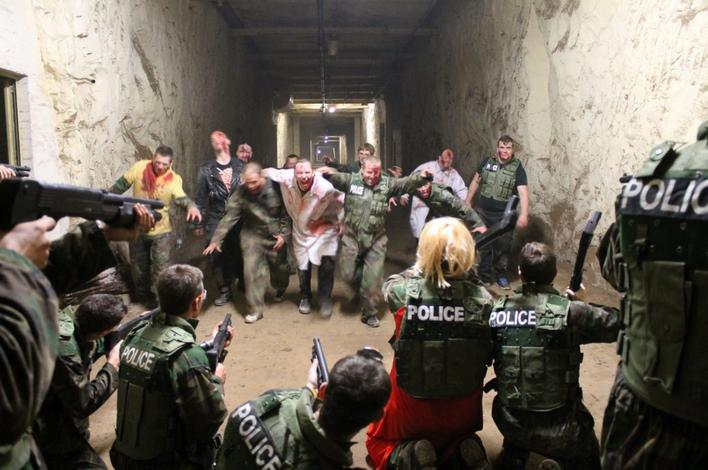 In some cases you might mistake historical reenactment event for film-sim, especially when the role-play revolves around WWII or Vietnam era conflicts, which are popular among the community. While the way these events are organised and run can be similar, the purpose is a bit different.

Film-sim is pure film-like role-play airsoft fun involving often fictional scenarios, while historical reenactments tend to be more restrictive and focused on replicating authenticity of a historical event being acted out. These events are tailored more to history buffs who’d like to take their hobby to the next level and re-live them one skirmish at a time.

Expect to don period-specific uniforms, gear, and weaponry, along with playing specific roles within the scope of a given scenario. 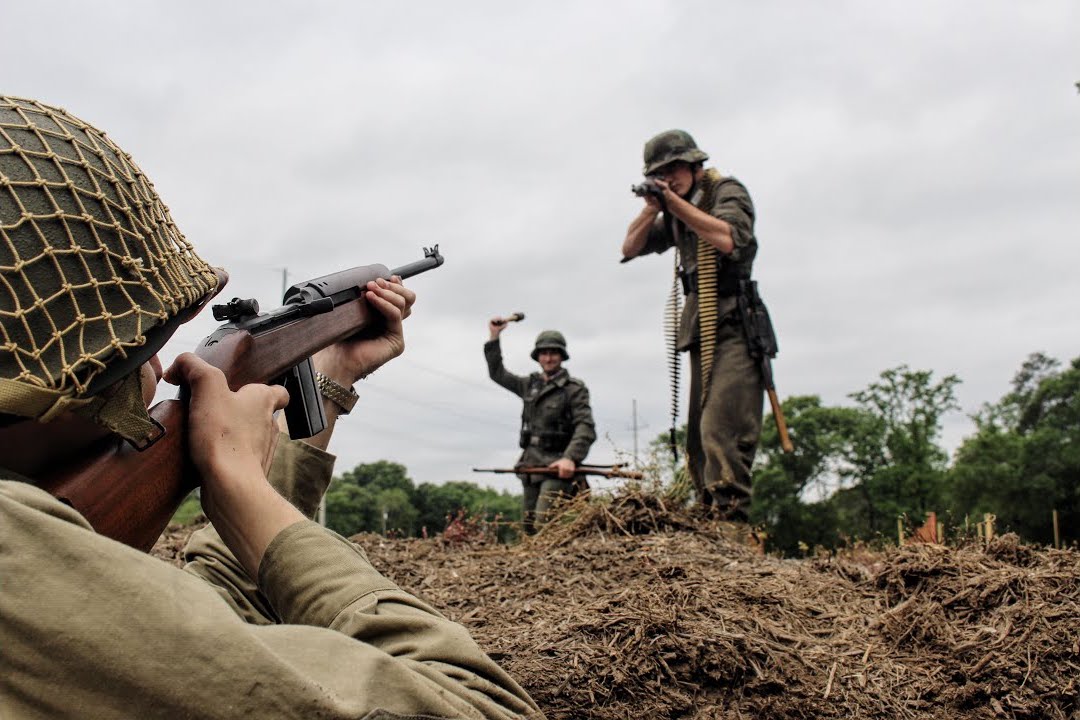 While this is a guide, it’s definitely far from capturing the sheer variety of different games you can experience playing airsoft. There are some open day skirmishes that will leave you in awe, so don’t think they are boring by default. It all depends on the creativity and leadership of those who organise and run those games.

Skirmishes are way more accessible to more people at more locations and more frequently than other airsoft events.

When starting out, we recommend to avoid jumping directly into mil-sim or battle-sim, unless you really know what you’re doing and are fit enough. Instead, pop down to your nearest skirmish site for a few rounds before you end up grabbing some guns and gear, even if just to see whether this is what you like to do more regularly. You’d be surprised how many people invest in tricked out AEGs and GBBRs worth hundreds of pounds, only to play twice a year and then complain on forums about their experience.

Don’t forget that we’re here to have fun while understanding that we’re all playing with realistic looking toys.

One last thing: whatever experience level you are, call your hits.

If you enjoyed this article, hop on to our Instagram or Twitter and give us a follow, as we have more content there for you. If you didn’t, send us an email and tell us why.

Get closer to the action

Curated selection of the best airsoft content sent directly to your inbox once a month.

No spam. That’s a promise. See what’s inside →