Turns out, while it’s super easy to swap a spring on your typical recoil rifle, you can’t just shove any standard AEG spring and call it a day. Or can you?

Replacing a spring on a recoil rifle, such a Tokyo Marui NGRS (Next Generation Recoil System) or KWA’s Kinetic Feedback System, is nowadays trivial thanks to quick spring change gearboxes, which feature a piston block housed separately from the gears, effectively accessible through a rear buffer tube.

Some gearboxes even feature adjustable spring function, which basically comes down to regulating spring compression level. It’s a great concept for those who need to tweak their setup for site-specific limits. This is exactly what we wanted; adjustability!

Turns out, that while it’s super easy to change or adjust a spring on your typical ERG/NGRS, you can’t just shove any standard AEG spring and call it a day. The important factor to consider is length of the spring as well as its strength and material it was made of, but even more important is the spring’s design.

Anatomy of a spring

Typical AEG springs are asymmetrical springs coiled to a specific length and made of carbon-steel wire, or a similar material. They vary in strength due to the thickness of the wire, as well as the type of material used. The stronger and thicker the wire, the more force needs to be exerted to compress the spring.

AEG main springs are usually graded for strength using labels such as SP90, M100, S110, M120, etc. Numbers on the label are supposed to denote effective velocity in metres per second that you should expect to achieve with a given spring. This also depends on the effective transfer of kinetic energy from a spring into air that pushes a plastic pellet out of the barrel, but this is a topic for another article.

One important factor to consider is the type of springs we’re dealing with. There are two types of AEG springs available on the market: /asymmetrical/ (sometimes called “non-linear”) and /symmetrical/. What’s the difference? Apart from the way they are wound (see pictures below), there’s a technical one that has to do with the way kinetic energy is stored during a compression cycle.

When you compress both types of springs of equal rating with the same amount of force, it’s going to feel like it’s easier to compress the asymmetrical spring. Its variable coil spacing requires initially less force to fully compress compared to a symmetrical spring.

With symmetrical springs, that force is constant and they may therefore seem harder to compress at first. What does it all have to do with airsoft gearboxes? Asymmetrical springs have been chosen for AEGs to lighten the initial load exerted on other gearbox components during the initial stage of a compression cycle.

While typical AEG gearboxes use asymmetrical main springs, recoil gearboxes do not. That has to do with how the recoil system operates and how all parts of the gearbox are tuned to accommodate this system in the first place. Usually, the main spring in an ERG is slightly shorter, stiffer and symmetrical compared to a standard AEG, because there’s also a separate buffer/recoil spring housed in the same unit, behind the main spring guide.

While you could shove a typical AEG spring into an ERG, things may go wrong and they likely will the more you use the rifle, which I have personally experienced with my PTS C4-10 ERG. It uses KWA’s Kinetic Feedback System to simulate recoil, and while out of the box the rifle was perfect, kicking reasonably hard for a replica, I longed for a cool 14.5in barrel to do a recce build.

After upgrading the inner barrel, outer barrel, and handguard I found myself stuck with a big problem: the rifle went down from shooting at 1.10J to 0.78J on 0.2g BBs.

The air inside an airsoft barrel doesn’t continuously expand like the gases from a gunpowder-based cartridge. We lose energy, not gain it, as the BB travels further down the barrel. The longer the barrel, the higher the energy cost to push the BB out of it. You start to see my problem, as I swapped a 275mm inner barrel for a 363mm. Those extra 87mm (+30% length) reduced the energy output of my system by nearly 30%. Science.

In conventional firearms the chamber is locked while the gases from burning gunpowder mix expand continuously, until the bullet exists the barrel and the fuel mix is depleted, increasing muzzle velocity with every inch of the bullet travel inside the barrel.

The remedy? Get a beefier spring.

Now, I initially found an official M120 spring from KWA for CM4/RM4/VM4 series guns, as their M110 was not available. Soon, I realised the new spring was way too big compared to the original one to fit into the chamber. As I was quite impatient to get this gun going and take it to a game, I stuffed it with an asymmetrical M100 AEG spring I found in my spare parts box. As AEG springs are slightly longer but less stiff, the initial testing was promising; the energy output went up from 0.78J average to a respectable 1.04J.

I could work with that.

I fielded the “upgraded” rifle a few days later. The already cold, yet sunny morning in Yorkshire was very promising; both the accuracy and power of my C4 rifle were on point. Chrono went perfectly at a steady 1.04J and I was seriously happy about how good it was to play with after spending oh-so-much money on parts from US-of-A. 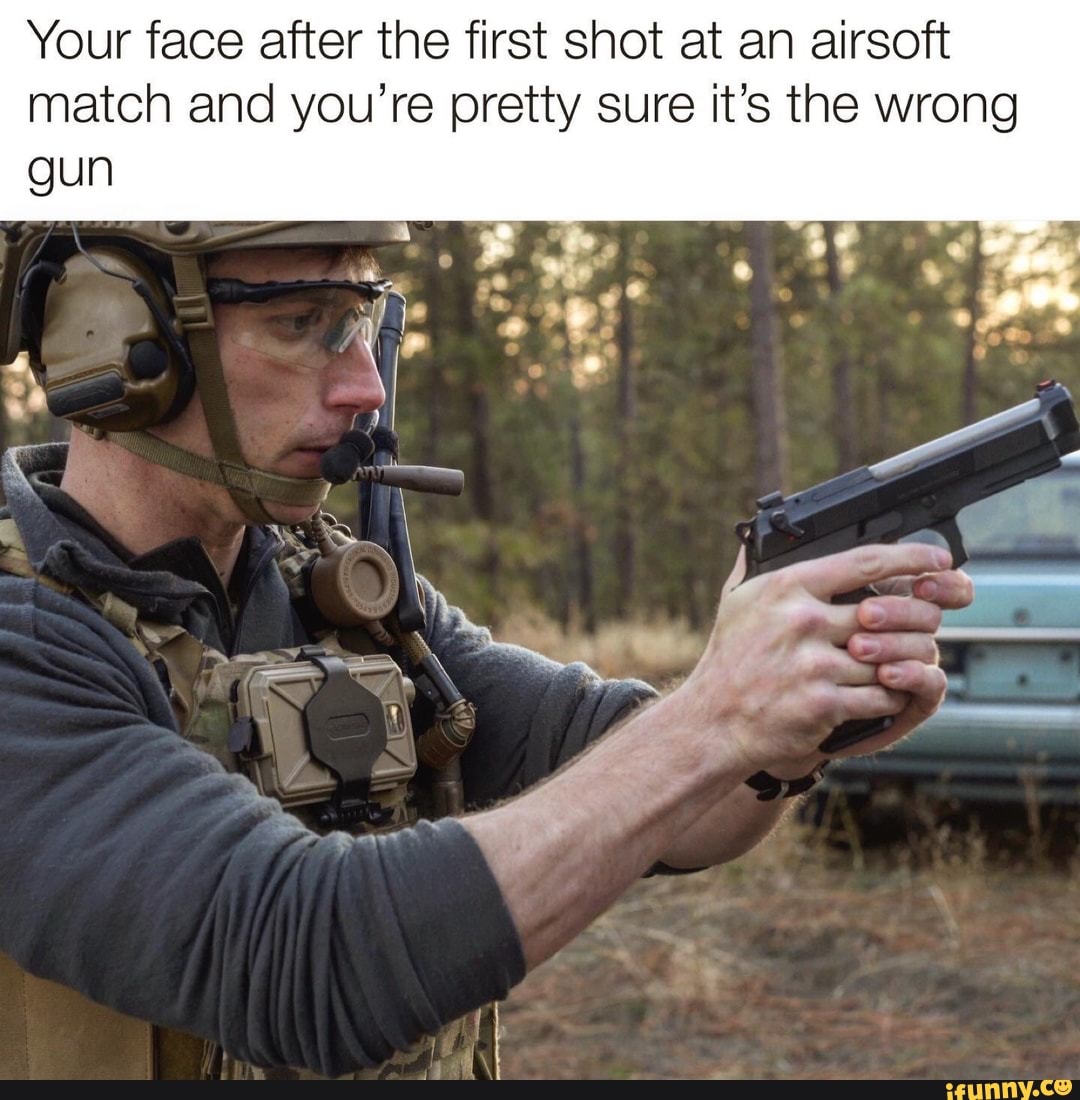 That was until the second morning game, when I started noticing the same problem as with my PDR-C: the C4 started over-feeding rounds and getting clogged up in both semi- and full-auto. The reason was likely that the piston cycle got deregulated after using a more powerful 11.1V LiPo battery in combination with a lighter, asymmetric spring. It could be also that firing close to 500 rounds has damaged the less sturdy spring and thus the reliability was reduced. It was firing faster than usual, at around 15-20 rps, until it wasn’t and I had to reach for a pistol, knowing all too well that at 4°C outside it was way too cold for a green gas weapon to operate reliably.

Patience is a virtue

Luckily, I had (again!) my trusty Sig Sauer SG553 in the boot and after a disappointment that was the C4 in its new incarnation, I was back in the game and really enjoyed the rest of the day running the iconic Swiss rifle replica.

The lesson from this experience is quite clear: don’t put things not intended for your gun inside your gun.

I also decided to treat the Sig as the default primary weapon from now on, and use the C4 to toy around until it’s reliable enough. Sig has never failed me, and that’s probably the most important lesson for me personally.

I wrote this story as a warning to all ERG owners who might want to upgrade or build their perfect rifles out of a NGRS or an ERG systems. Don’t be like me. Use your brains.

If you enjoyed this article, hop on to our Instagram or Twitter and give us a follow, as we have more content there for you. If you didn’t, send us an email and tell us why.